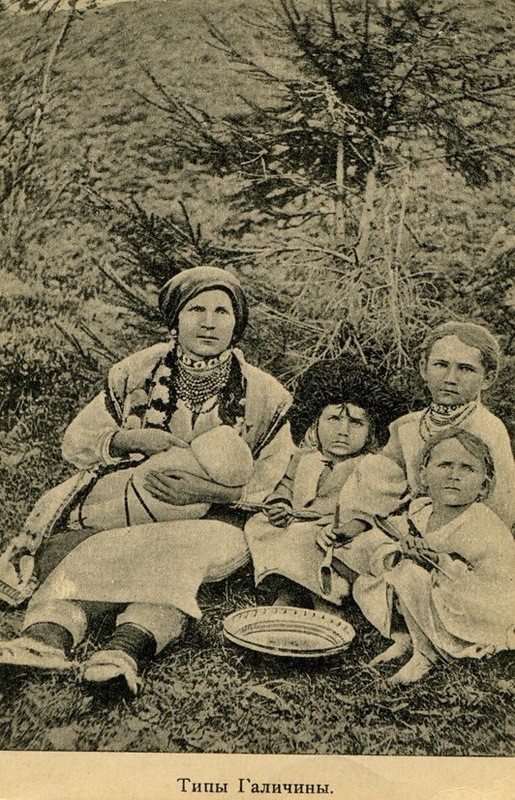 When carrying out genealogy research in the archives and working on metric records, I often ask myself,” what’s really hidden behind all this data from these yellow, time-aged  books?”…. Born – got married – died… There is so little known…  Yes, based оn archival evidence and other materials, you can draw some conclusions about the fate of the family, track each generation, build family trees and sometimes even find unusual and unexpected details. I have always wanted to understand and know more. Know about the real lives of the people of that time, their day to day events, mentality, outlook and customs. Journey with us as we explore further into this fascinating subject!

Today we will try to discover the story that lies behind a birth record of a Hutsul, one of the ethnic groups of Ukrainian highlanders. We will use the help of Raimund Friedrich Kaidl, Austrian historian, ethnographer and rector of the Chernivtsi University, who lived in Chernivtsi (by the way, we often include this charming city into our Western Ukraine tours) between 1866-1930.

Presented here we have the translations of some fragments of Mr. Kaindl’s local history research, dating back to the times of when he once lived… and so moving forward… I invite you to travel into the past of Ukraine with Dorosh Heritage Tours!… 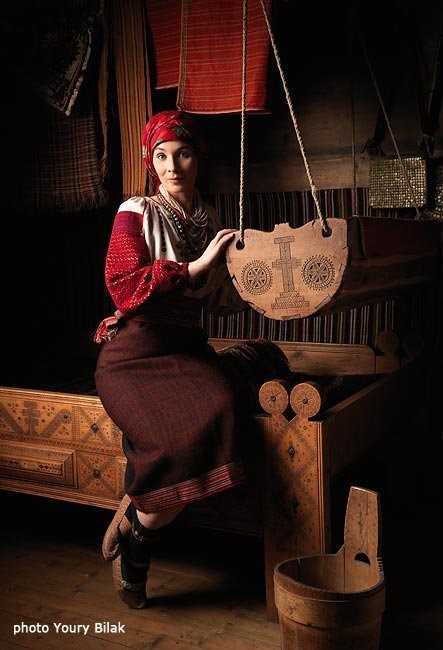 “The Hutsul mother is guided by traditional beliefs: even when the child lives under her heart. If pregnancy lasts shorter than nine months, it means that a woman betrayed her husband…. The child will take after the person who looked at the mother at the moment when she realized that she is pregnant… A child will have a difficult character if a pregnant woman looks at fishermen… If she bites a stolen apple, she will give birth to a  thief!… The person who treats a pregnant woman badly will have a lot of misfortune in housekeeping… “ Well, it sounds funny to us but it is what they really believed in.

“A pregnant Hutsul woman continues doing housework as normal until the labor pain starts. The husband hurries to the next-door neighbor to ask her to be the midwife. However, a Hutsul woman often bears babies without any help at all.”

“When in labor, a Hutsul woman is never in bed, but supported under her armpits, she is slowly led around the room till she squats down, gives birth to the child and the baby lies on the floor covered with a rugged cloth.” Further adding to the list of Hutsul beliefs: “If the birth occurs at noon, it is a sign that the child will be unhappy… Children born at sunrise are believed to have happy life…. It’s a bad sign if a rooster starts crowing  when the baby is being born…. If twins are born, one of the parents will soon die or the family will become poor… Others say that the birth of twins or triplets is the punishment of God…”

“The bed for the mother and baby has a special linen barrier surrounding it, in order to protect the two from evil eyes. For the same purpose, the scissors that the umbilical cord was cut with are put under the pillow. At the same time, a  cross made of poplar wood and a garlic clove  are hung on the child’s neck and a red ribbon tied around the right wrist. All people that look at the baby, should blow on him and spit over their own shoulder so as to not put an evil eye on the child. You cannot borrow anything from the house where the child was born for the same reason.”

“A candle is immediately lit up after a child’s birth, otherwise the devil can replace the baby with his foundlings. The foundlings brought by the devil would grow slowly and constantly try to harm the adopted parents. When the parents are away the foundling would make a mess in the house. If the parents suspect such a devil’s trick, they beat the child with a handle of a broom until the moment when the devil takes the foundling and brings the real child back.  A mother must not put the baby behind herself whilst on the bed, before baptism, likewise, so that the devil does not replace the child.”

“The candle that is lit after the birth of a child should burn until the moment when the midwife asks the priest for a special prayer and brings consecrated water from the church. The house is sprinkled and blessed, some of the water is given to the mother to drink and her head and breasts are washed. The rest is poured onto the baby’s face.”

“If the baby does not sleep well, they bring water from three different wells: first – in the morning, the second, in the afternoon and the third. in the evening to wash the baby.”

“As a rule, a dough trough is used for a cradle.”

“On the second or third day after the birth the mother gets up, dresses  and starts getting back into some housework. On this day the midwife can go home. Before this all happens, the mother washes the midwife’s hands with water three times and wipes them with a linen cloth. The cloth is later given as a present to the midwife for all her help. Both women hold hands over the child and ask each other for forgiveness for all the pain and effort they have suffered through together.”

“Only now, the relatives and friends can come with gifts: oil, cheese, milk, lard, grain, linen etc., and to express their greetings: “Dear God, may the child grow and develop well and bring joy to the parents; may he never step on any evil place”.

“However, the mother is still considered unclean. Only a few days later she can she leave the house. The first visit has always been to the priest, in order to make a purification prayer for her; otherwise the fields she walks on will become unclean too. Forty days after the birth, a woman can finally go to church with the baby to participate in another purification prayer…”

“Here a special example of the extraordinary endurance of Hutsul women… They tell stories about Mary Perkaryha, a resident of Selyatin village… She had had a lot of horilka (vodka) and had eaten a bowl of sauerkraut before childbirth… It was about an hour after the birth of her child when she heard a violinist playing on the street outside her home… She could not resist the temptation of dancing the “Hutsulka” dance… And dance she did…”

Well, I must admit that after the first time I had read this information, my associations and thoughts of what occurred when looking at a birth date, in metric record books, were instantly somewhat different, LOL! Dear friends, it is just the beginning, the first of our publications devoted to the life cycle of our ancestors since the 19th and early 20th centuries. We invite you follow Andriy Dorosh, a genealogy researher and tour guide in Ukraine on FB to receive notifications for our upcoming posts!