The Crimes of Our Ancestors: Angel Makers 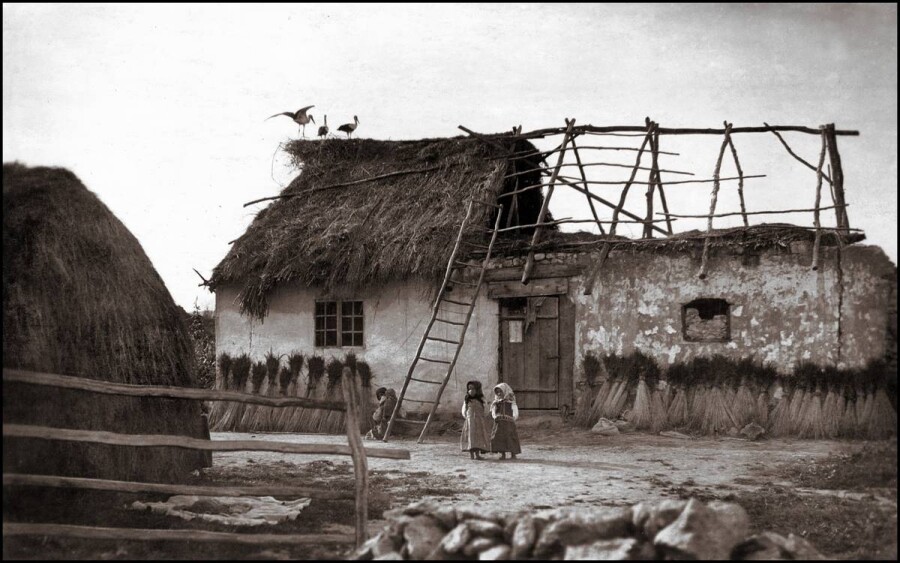 I have recently read some disturbing facts about the life of our ancestors, and while the topic is quite horrific, I feel that it helps to give us a better understanding of why so many of our ancestors did everything possible to emigrate to other countries.

Awful and crushing poverty was common in Galicia, Bukovina, Volhynia and other parts of present Ukraine in the 19th and early 20th century, as well as at other times. We know that desperation will often drive people to do things they would not normally do if their lives were better. However, it is still shocking to learn about some of the consequences of such oppressive poverty.  One of them was the profession of “angel maker”, which is the subject of this article.

“Angel maker” or “fabrykantki aniolow” in Polish (the common language of many newspapers in Galicia at times of Austro-Hungary) was a term given to women whose job was killing children. No, it was not abortion, which was also common. Angel makers were called “caretakers”, and it was a profession and a way to earn money, but the major activity for this profession was to starve children to death. It was illegal, and if caught the penalties were severe, often death. But it was a way for a family to get rid of an unwanted child. Officially, the story was that after giving birth the mother, who was usually unmarried, gave the baby to the caretaker, who was to raise the child. The mother or the family of the mother would pay the caretaker for this service. The caretaker usually lived far away from the mother, which made it easier to avoid publicity. But it was a crime for both parties in this transaction: the unmarried mother and the so-called caretaker, who knew exactly what was going to happen.  And what happened later was awful.

The specifics of this particular crime, along with the child mortality rates of the Ruthenian and Jewish population, made it very difficult to establish guilt. However, many court cases made headlines in the local newspapers of that time. The fact that a Dr. August Romer lodged a complaint at Chernivtsi court (Bukovina) against 34 “angel makers” who he had hunted down and who resided in the city in 1887, indicates the scale of this phenomenon.  Everybody in Chernivtsi knew where to go should they need this kind of service. As it was determined later, the customers of the “angel makers” mostly came from Galicia. They came to the neighboring province to fix their problem and at the same time, to avoid drawing attention to their situation where they lived.

Some “angel makers” had several babies or children at their home at the same time, making business more profitable. One of them was Anna Kowal from Janivska Street in Lemberg (present Lviv), the wife of the signal man of Lemberg Railway. The police searched her house after an anonymous denunciation and found 4 children. One of them, her own child, was perfectly fit, whilst 3 others that she was “taking care of” were starving and looked like skeletons.

There were other methods if starving did not work. According to neighbors, Mariam Blum from Lemberg put naked children outside in winter, and kept them there till they were livid with cold. Death occurred quickly afterwards. Again, the police traced the “angel maker”, only due to an anonymous denunciation, since the doctor did not care and would issue death certificates without any detailed examinations.

In some cases even more drastic actions were common. Paranka Maksymyshyn, a 40 year old peasant from Wielkopolie near Janow in Galicia, did not want to wait till the baby starved to death, particularly if her customers did not have enough money to cover her services. She had been making angels for years and was tried in Lemberg in 1890. It was proved that she put a handful of fir straw wrapped into a cloth into the mouth of the 13-month-old baby of a Leja Muntz to choke it to death. The body was thrown into the river. Paranka Maksymyshyn was sent to the scaffold after the court trial.

In many cases, the mothers committed the crime because of pressure from the family. It was very difficult to provide food for many children due to the poverty that afflicted so many. In addition, young unmarried mothers were very often sent as far away as possible, to save the reputation of the family. The most popular destinations were North and South America, where they had  better chances on the marriage market.

We, in the modern world, have a hard time imagining how such a profession could have existed, and how mothers, who knew the fate awaiting their child, could deceive themselves into believing that this was “care-taking”. But we must be grateful that we never have had to face situations that made such actions even remotely possible, and perhaps we can look upon this aspect of our ancestors’ lives more with a degree of compassion and understanding of their desperate times, rather than only with a feeling of judgement and horror.

We invite you to follow Andriy Dorosh on FB to get notifications of our further posts.

Source: Martin Pollack. The Emperor of America – The Big Escape from Galicia.