The Exotic Medicine of Our Ancestors 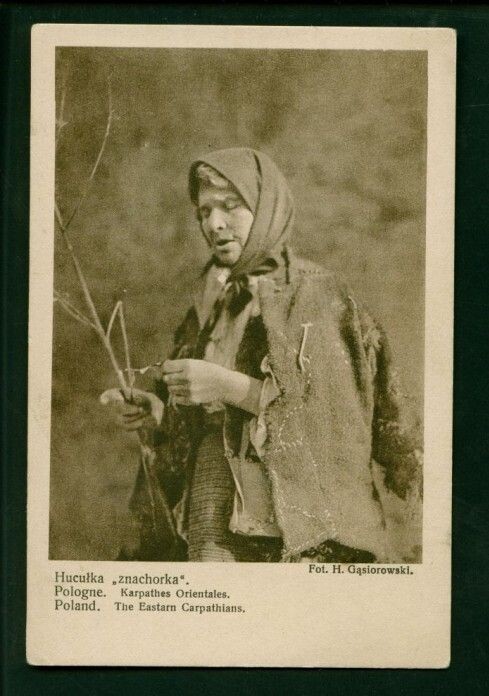 Today we will learn about some extraordinary methods that our ancestors used to cope with their diseases, at times when there were no doctors around to help. It is time to travel back in time with Dorosh Heritage Tours of Ukraine, and Mr. Raimund Friedrich Kaidl, an Austrian historian, ethnographer and rector of Chernivtsi University, who resided in Chernivtsi in 1866-1930 and who will be our guide today.

We will tour Bukovina and Eastern Galicia at the end of the 19th century, namely, the area where Hutsuls (one of the ethnic groups of the Ukrainian Carpathian Mountains) live. You are in a village in the mountains, and it is late winter of 1880 and an epidemic is raging. The Hutsul people rely on home remedies to treat the symptoms of the epidemic. Medicine and doctors are not popular here at all,  partially because the number of doctors is very small, and also, they charge a lot of money. As well, to travel to a doctor is a very long trip. A Hutsul individual often pays more to his healer than to a professional doctor!  That’s because there is a the lack of trust in modern medicine, and they rely on the old traditional methods of healing. There are instances of a Hutsul putting away the medicine provided by the government in times of   epidemics, and is then particularly proud when he survives without it. If he survives, of course.  A Hutsul working for a timber cutting company often goes to get the advice of the company doctor, but only because he gets paid for being ill. He takes the money, but throws all the pills away to use the help of a healer!

Both men and women can become healers. They treat with ointments and potions, but special curing chants and rituals are often believed to be much more productive. The texts of the chants are always kept in the strictest confidence. Some of the healers organize private illegal hospitals. As Mr. Kaindl says in 1891, “several years ago the whole sanatorium for patients with syphilis, managed by a woman, was abolished in Stebny”.

The herbs for producing medication are usually collected on special “St. John’s night” (June 24) and it is best to collect them from 12 different meadows. Horilka (vodka) is often a very important ingredient. The rest of components are bought in pharmacies in bigger towns. In case where the medication do not work, a special church mass is ordered on a regular weekday, but very often Hutsuls also carry some objects that are supposed to act as a protective charm: special crosses filled with mercury, brass crosses and rings, bracelets made of hair and intestines, old coins.

Let us have a look at remedies used to cure some particular diseases, to have a better idea of the situation in medicine, here, at the end of the 19th century.

Despite the fact that Mr. Kaindl describes the situation in the Hutsul community, we can assume that the reality in other small villages, and even cities of Galicia and Bukovina, was very similar.

Of course, things are different today and breast milk or magpie eggs are not used to cure diseases anymore. However, Ukraine is like a time machine and it is still possible to see some traces of the past when touring the remote areas. We invite you to check our customized Heritage Tours page and the 2020 Ukraine Tours offers that will put you in touch with the reality of your ancestors, and learn about their customs and traditions.

I hope you find this article interesting. I encourage you check other posts of our Time Capsule Blog and follow Andriy Dorosh on FB to get notifications of further posts about our ancestors’ lives.