Who Created the World? A Boiko Legend 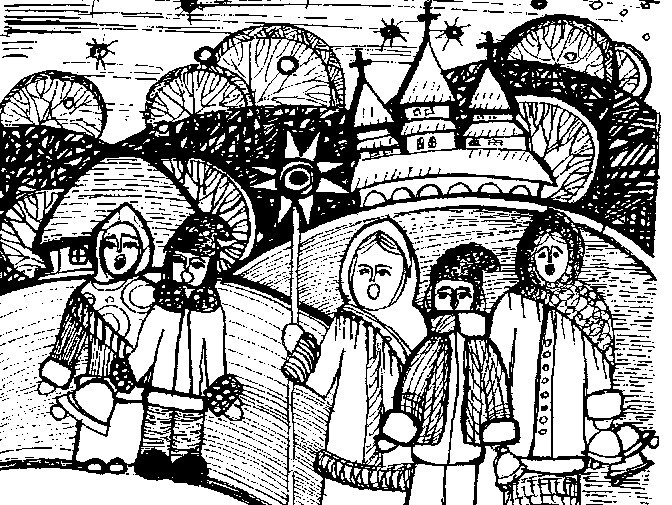 In this post I would like to add a little brushstroke to the general picture of our ancestors, gathered from my research to understand my people better. This time I want to tell you about the Boiko (the group of highlanders residing in the Ukrainian part of the Carpathian Mountains), and in particular, their version of the creation of the world.

It is fascinating to see how strong this legend tied into the reality of the everyday life of Boikos.

There was only sea at the very beginning of existence. God and the Devil were walking on the water when the Devil got tired. He wanted to rest but there was no place to take a seat anywhere. That is when God decided to help and told him to bring some sand from the bottom of the sea. God told the Devil to say that he brings the sand up “in the name of God”. However, the cunning Devil did it in his own name when he grabbed the sand at the bottom of the sea. Once he came to the surface there was no sand in his hand. Only when he tried for the 3rd time and he said “I take it in HIS name”, still trying to deceive God, did he manage to bring up a bit of sand in his claws. God made a clump and threw it into the water. The land started growing from the clump. When God fell asleep the Devil grabbed him in his hands, wanting to throw him into the sea. He started running to the bank, but the land started growing. He ran towards each side of the world with God in his hands, and that is how the world grew.

Later, the Devil (or Didko as the Boikos called him) said that it was his world because he brought the sand up. God disagreed. The Devil tried to conquer the world, but St. Michael supported God by hurling lightning bolts at the Devil. God and St. Michael finally managed to throw the Devil down into hell with the rest of the evil forces, and it is where he stays chained to a rock. Every year he tries to break out. Chaos and the end of the world will start when the chain breaks. However, some say that the chain links hold because the blacksmiths hammer iron.  Another version says that the chain will hold as long as people continue painting Easter eggs.

I imagine a baba telling this legend to her grandchildren in a Boiko village a hundred years ago. It was the mysterious time of winter holidays when the days are very short, it gets dark so early and people stayed in their houses lit with a candle or the fire from the stove (more about the phenomenon of a Ukrainian stove here) for most of the day. It was probably so easy to believe in every detail of this story because you did have the blacksmith, who hammered iron in your village, and you painted your Easter eggs every year too. They are real you can touch them. Thus, God, St. Michael and the Devil, who is chained to the rock in hell, become as real as the uncle who is the blacksmith. The story automatically becomes a part of the world-view system of the child, and the blacksmith (more about this “sacred” profession in our future posts) becomes the dream job handed down through legends and stories over centuries.

It is also very interesting to see the substitution of the ancient characters of the Ruthenian world-view system with Christian symbols and trace the influence of the Church.

The following is just one example: an ancient carol song of Boikos tells about 3 doves sitting in the javir tree (sycamore maple) in the middle of the sea. One of them takes some sand from under the water to establish the land. The other takes out some golden rock to create the sun, the sky, the moon and the stars. As you can see, this story was then adapted to the new reality: the zoomorphic images of 3 demiurge birds (an artisan-like figure responsible for fashioning and maintaining the physical universe), who were the founders of the world in the myths of our ancestors, as well as in many other nations around the world, are simply substituted by God, the Devil and St. Michael.

Dear friends, I invite you to follow Andriy Dorosh on Facebook to receive notifications about further posts. If you would like to learn more about your ancestors and need assistance with genealogy research, check out our services here. We will also be happy to organize a heritage tour of Ukraine or Poland for you in 2020 and tell you more about your roots. There is so much more to tell and see.